A little while ago I won a pack of greetings cards in a giveaway from the remarkable Lizzie, of Clay Dissaray fame. Due to a bit of a mix-up, I ended up with TWO packs, so 14 in all. And in an effort to share the love about a bit, I decided to draw inside them and send them on to anyone who sent me an email with a postal address. Despite me constantly miscalculating how many cards I had versus how many requests I'd got, I was able to get them all out without a hitch.

I went with a 'birds' them because of the success I'd enjoyed with the illustration I'd done of Ochrebeak for the Save Three Trees campaign. I was working much faster and looser on these, but I'm happy with them in general. Also accompanying each bird was a pretty broad, unsophisticated personal message, the idea being that you could happily lose that, cut the card down the middle and display both Lizzie's original design and the bird at the same time.

Here they all are, in varying qualities of photograph (I didn't give myself time to scan them). They're presented here in no particular order. 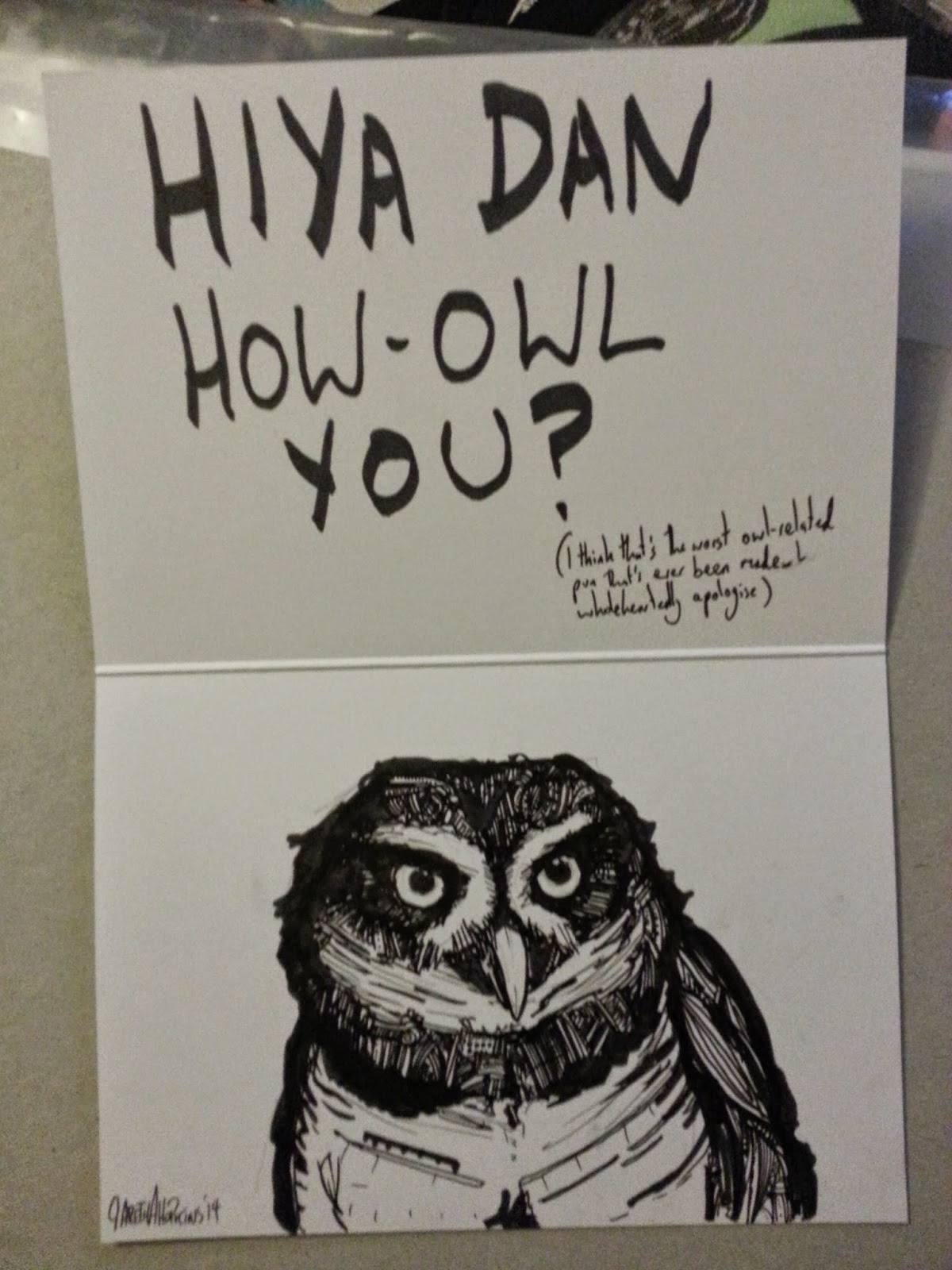 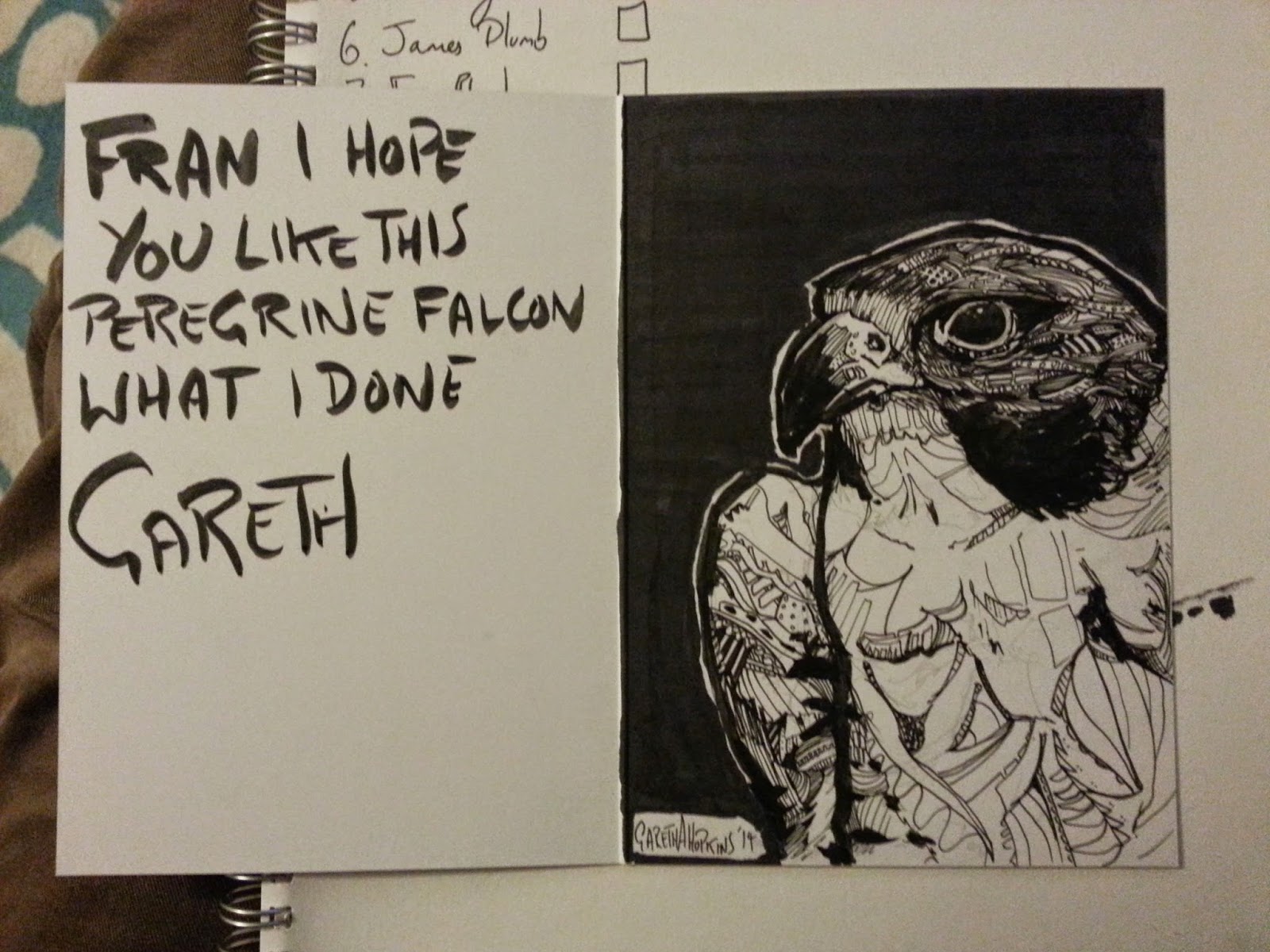 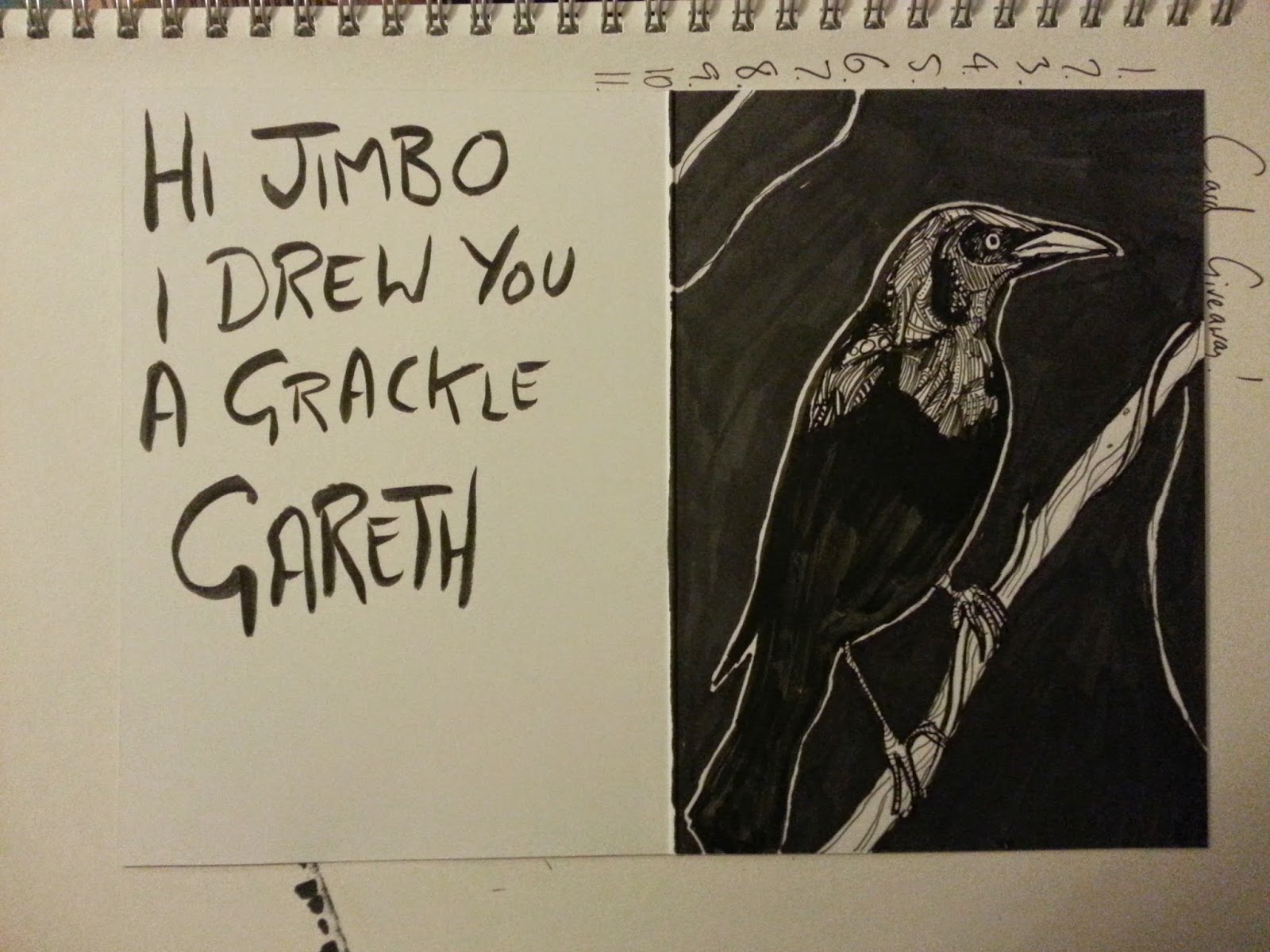 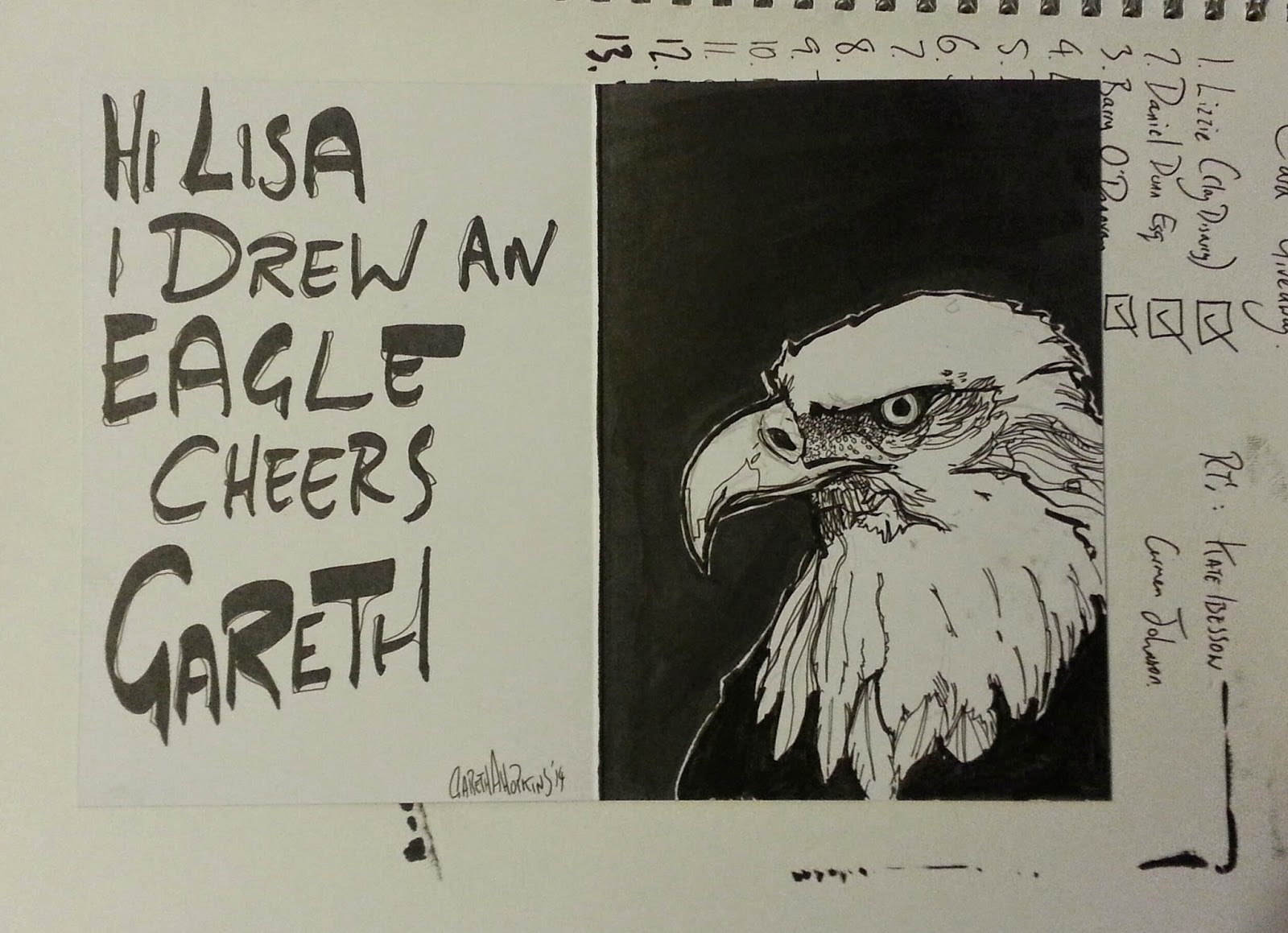 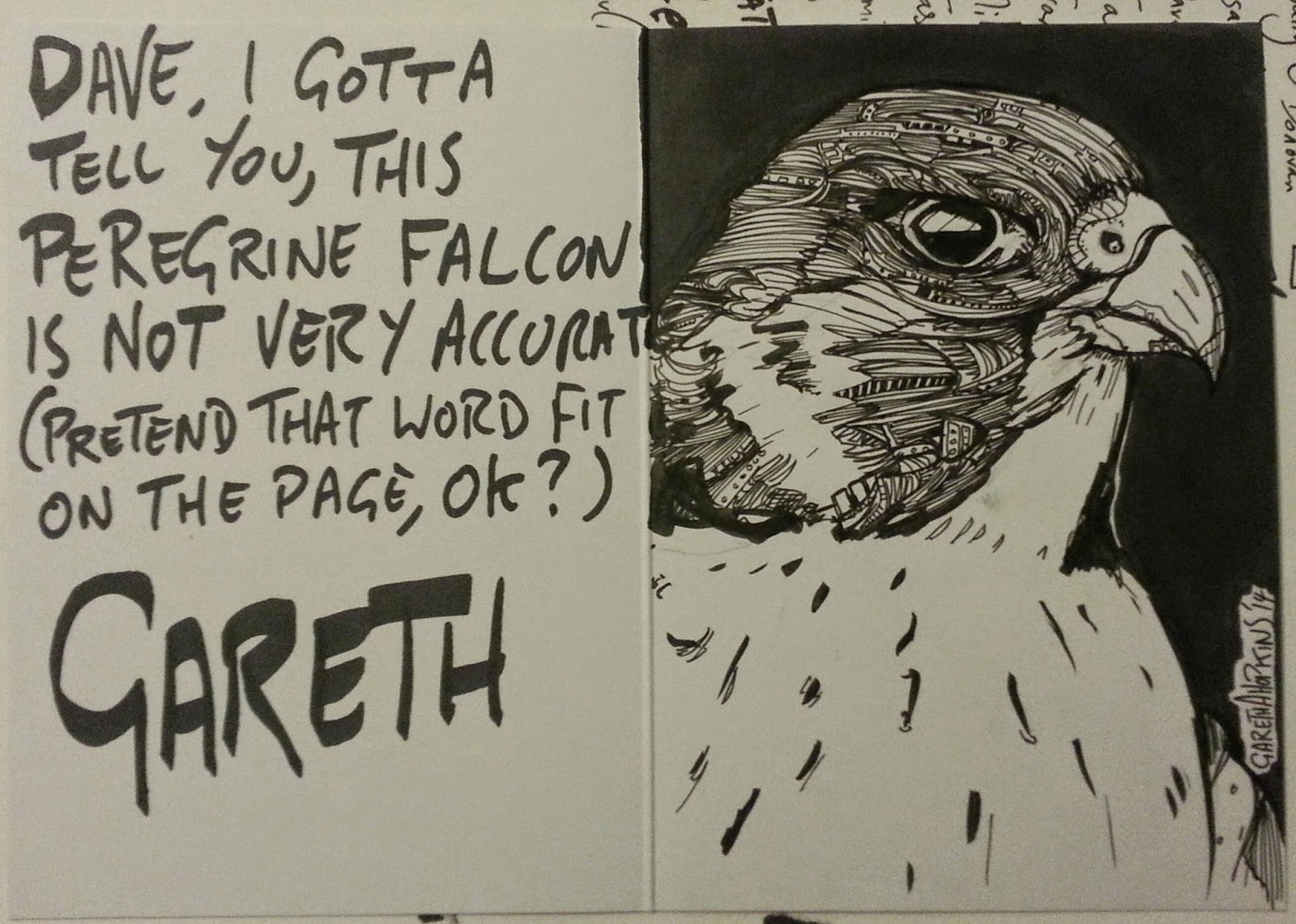 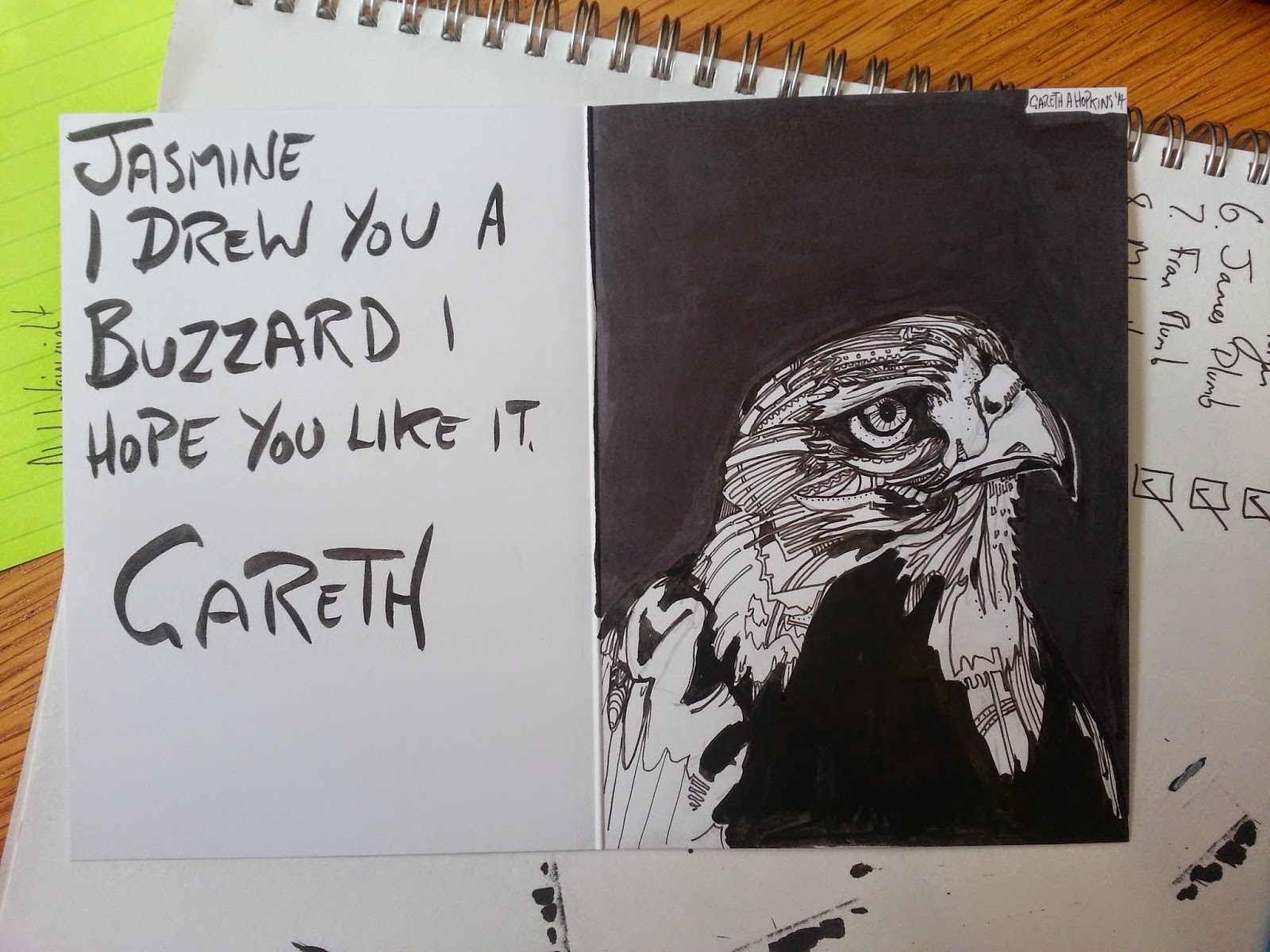 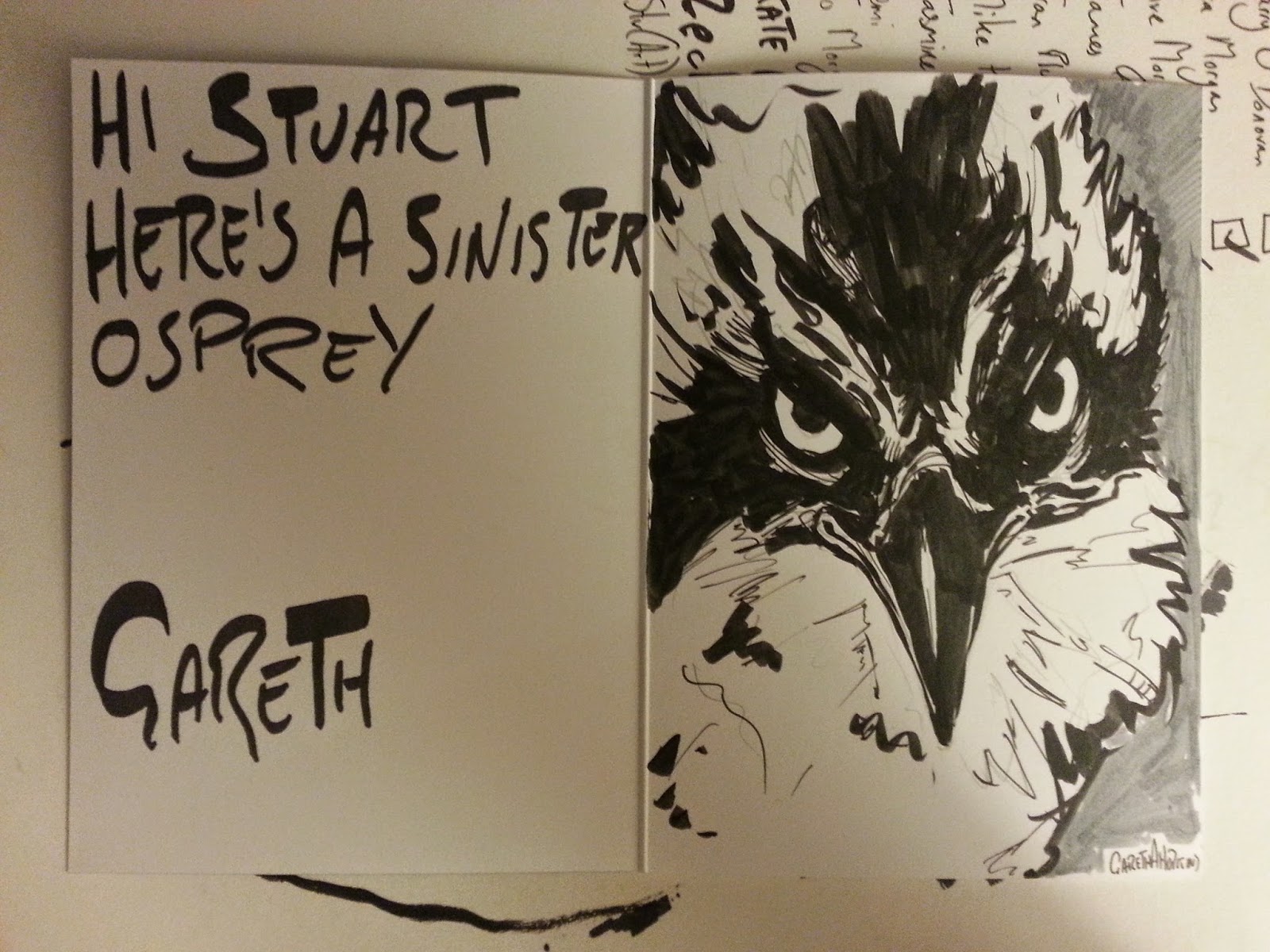 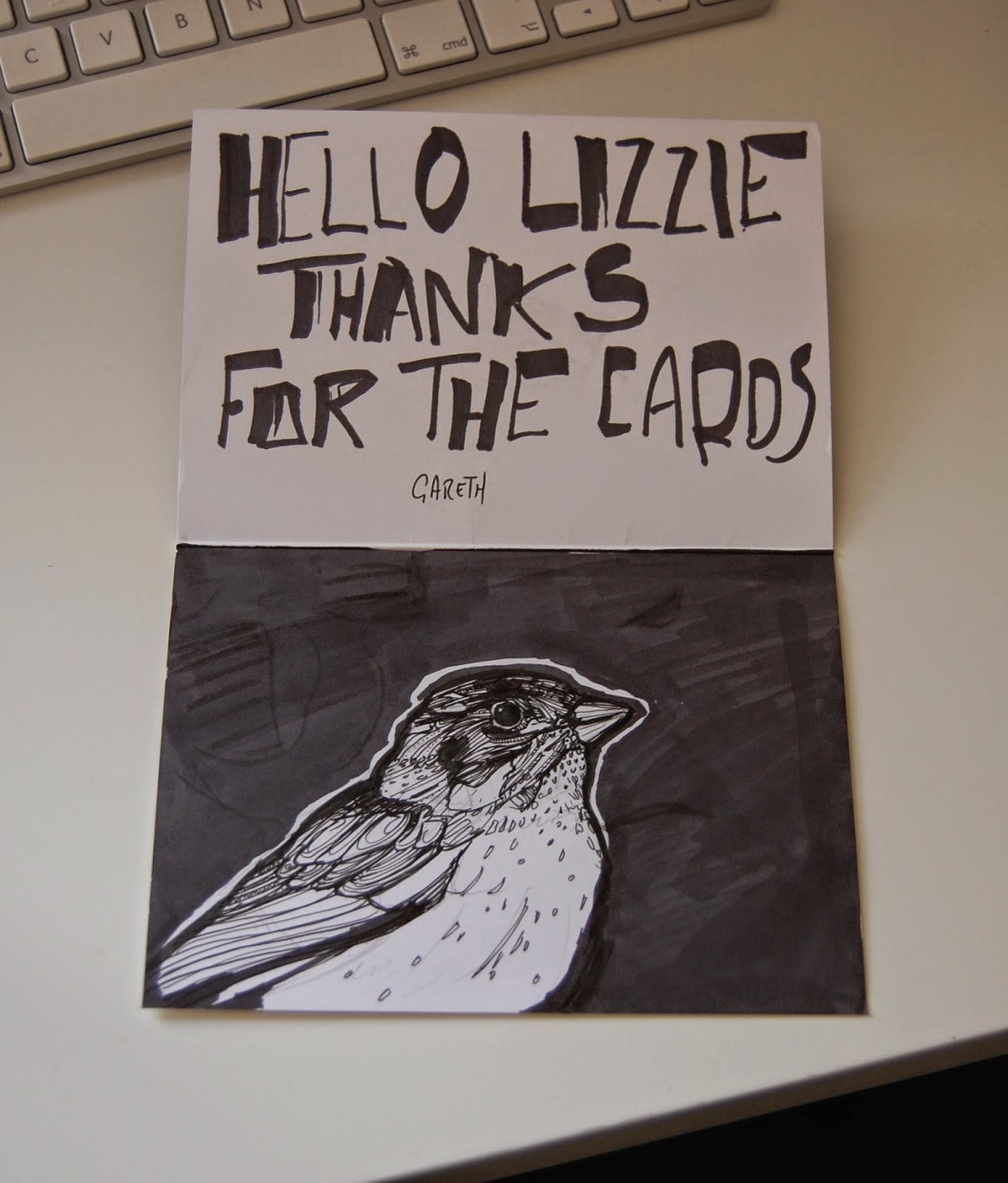 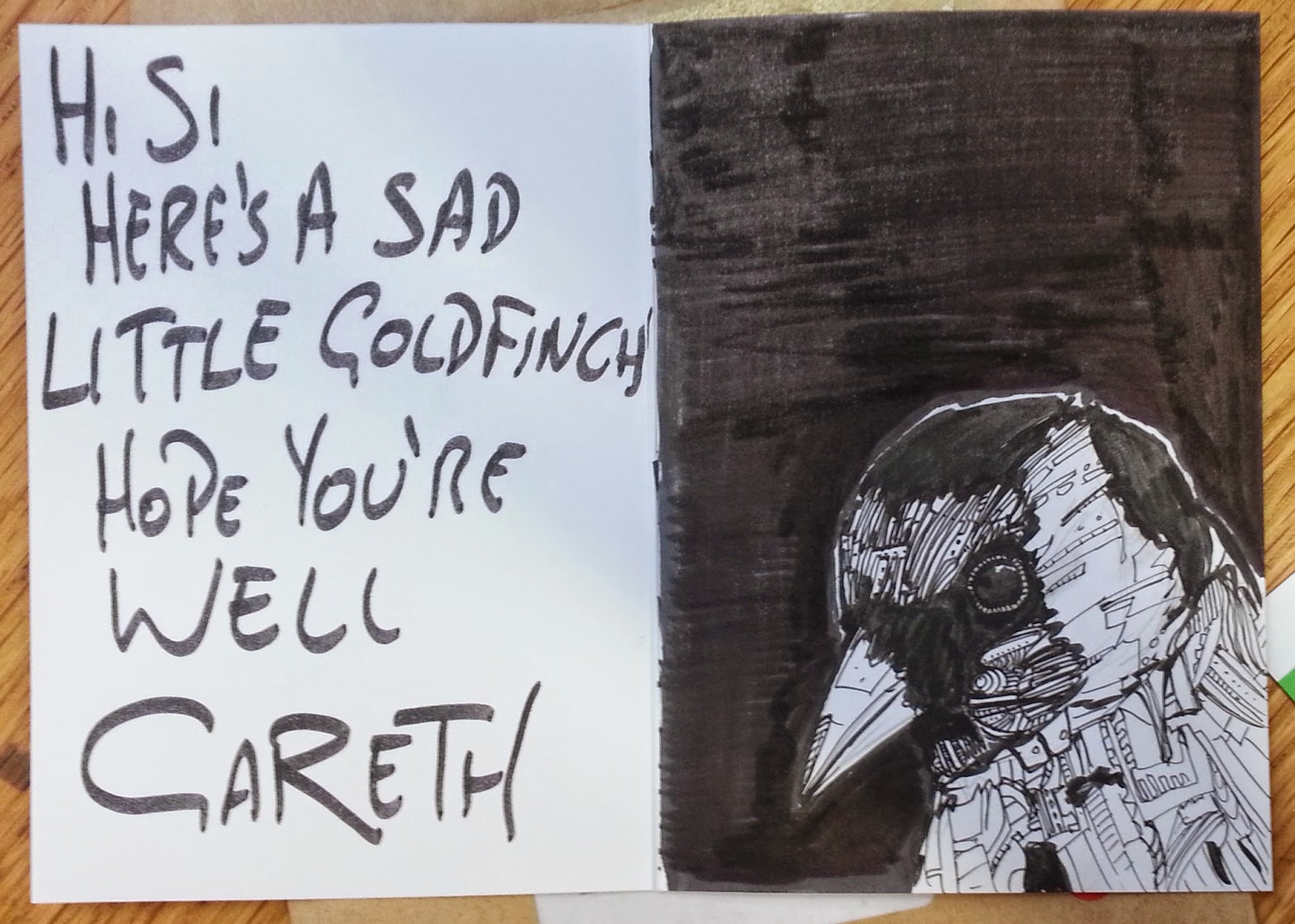 The next three are screencaps of tweets from where I was in such a rush I forgot to take a photo before sealing up the envelope... 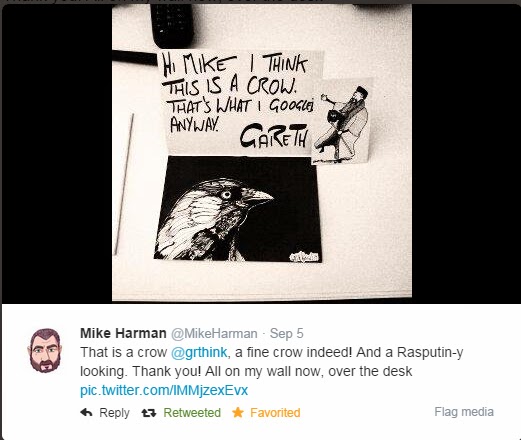 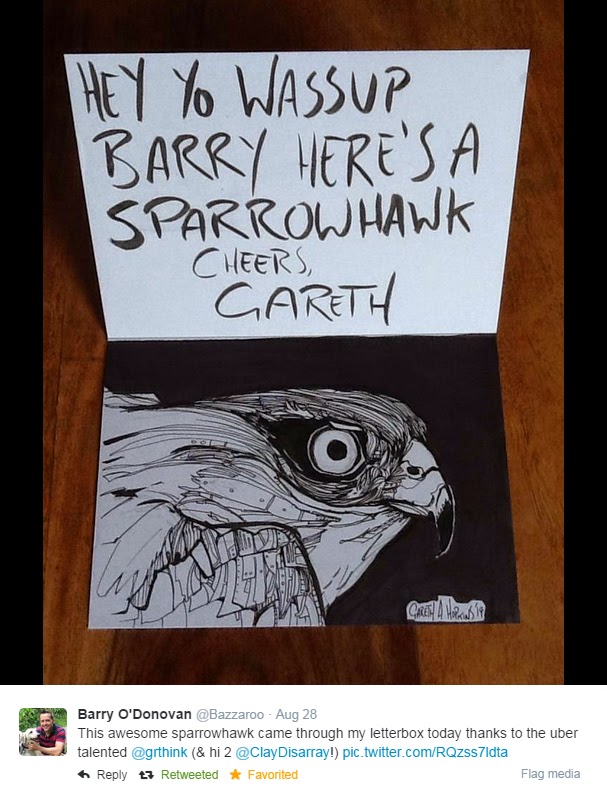 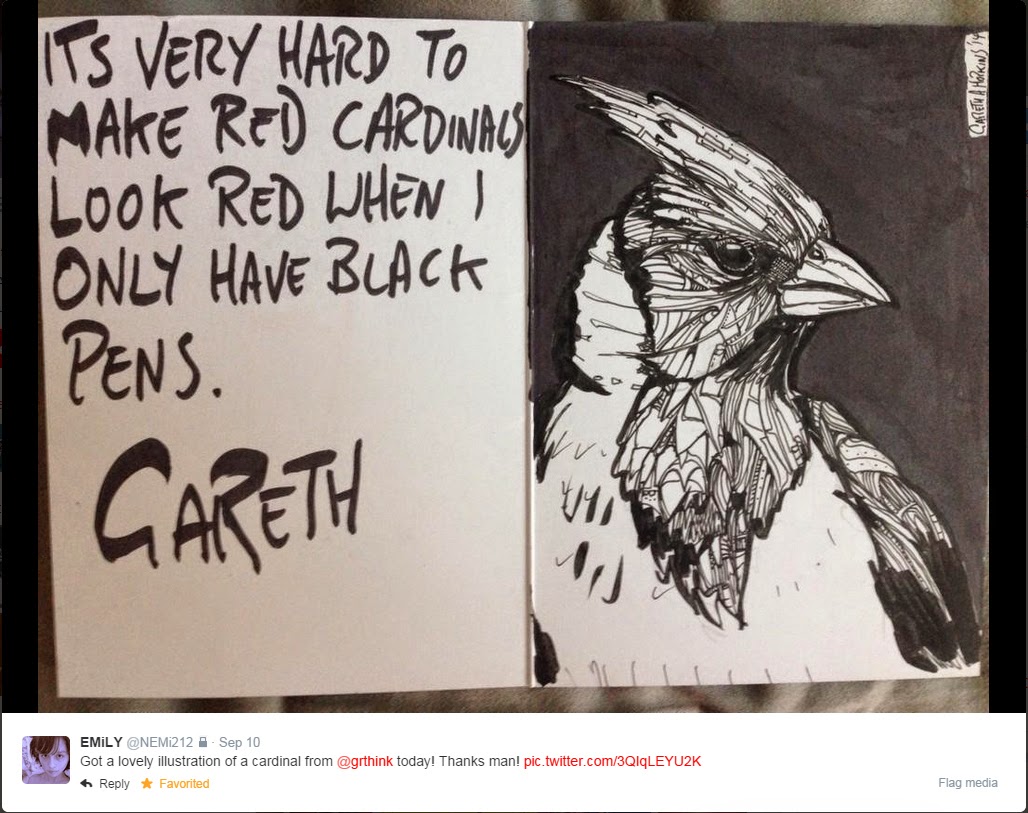 Lastly, I did a dog and a cat for my pal Kate, because we're working on a comic together which is about a dog and cat. Keep your eyes peeled for that, the script's something special, even if my drawing's not. 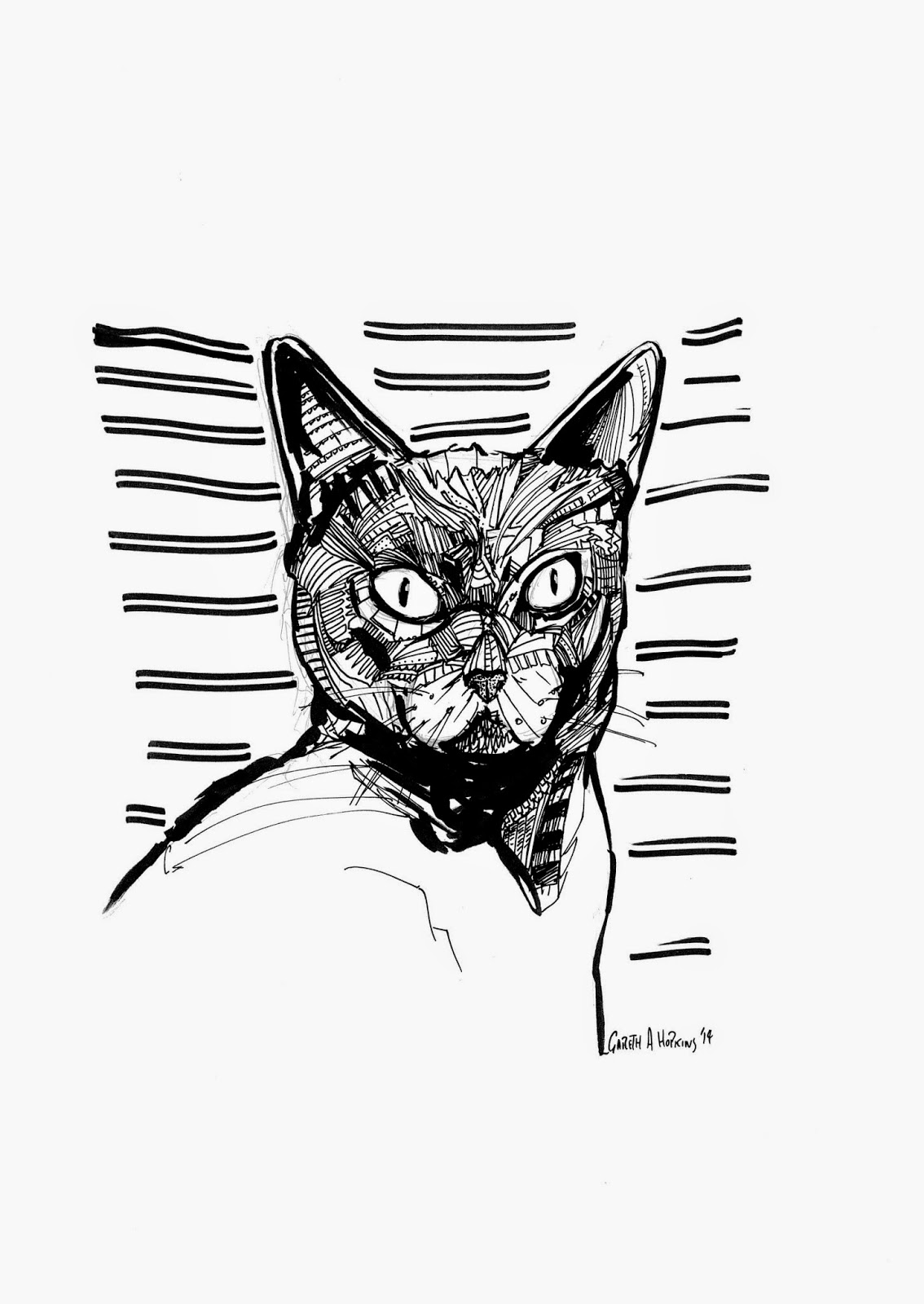 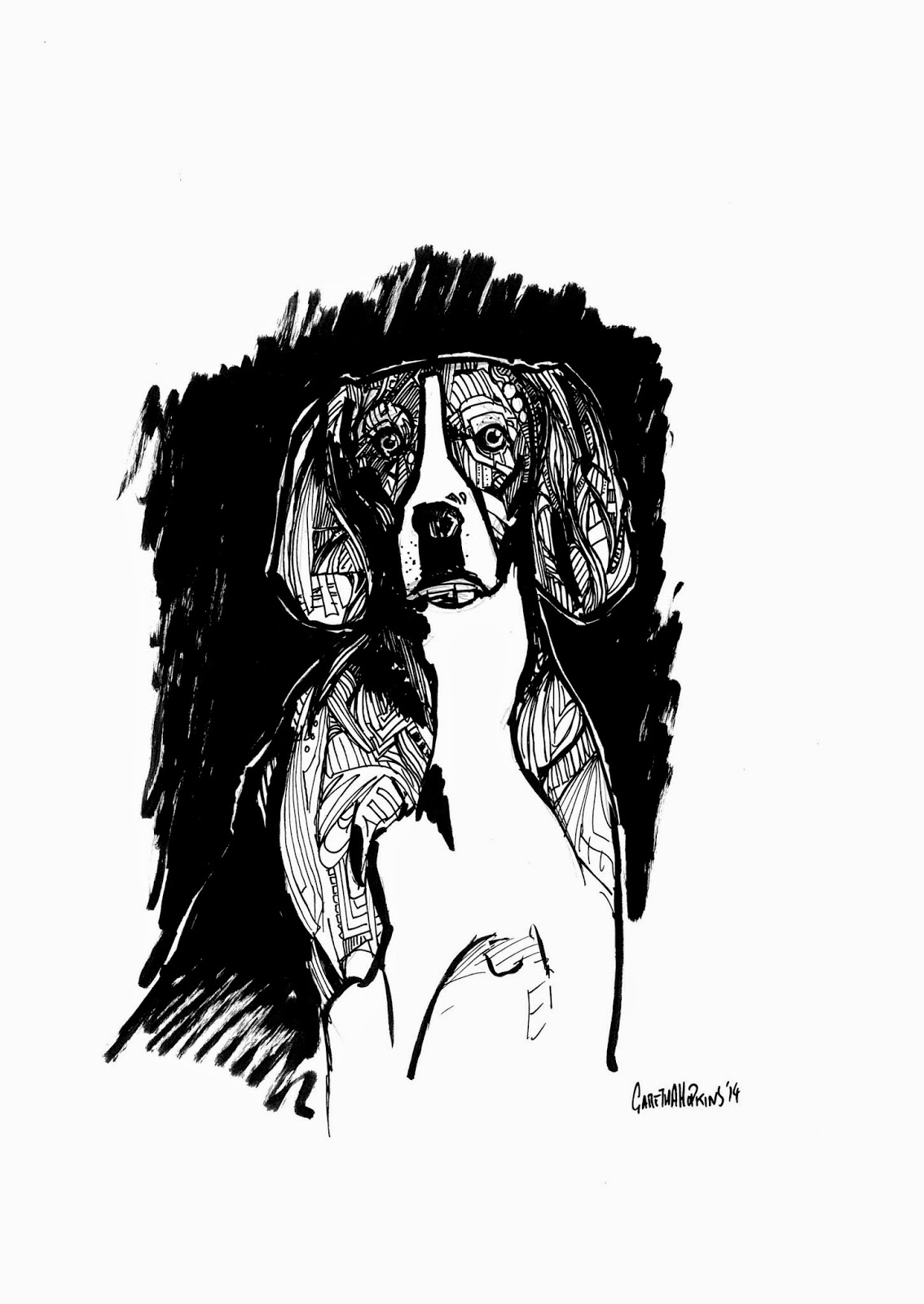