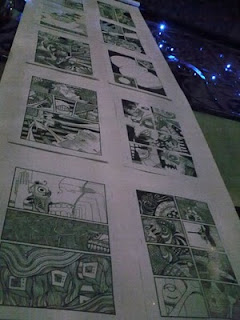 It feels like a long time ago now, but on December 7th 2010 (it's the 20th as I write this) I got a chance to show off some of the work I've done on The Intercorstal in a new way -- rather than in a comic, it was hanging on banners.

It came about because my new department at work held a gig/DJ night for... well, nobody's really sure how it came about. But somehow it was decided that a gig/DJ night would be put on, and they arranged The Distillers bar to hold it in. And then the ringleader of effort said 'Gareth, you can display some of your art on the windows, it'll look good!' despite not really knowing what I've been working on.

Through a desperate creativve process which involved... again, I can't really remember how I got to where I did. But I decided that I'd hang pages from The Intercorstal on banners from the balconies in the pub. I won't go into the full banner-making process but at 5pm on the day, with doors open at 7pm, I started frantically combining lining paper, blown up Intercorstal pages and plastic dowling rods with staples. The plan was to make eight banners, which after an hour and a half was reduced to six, and after another half an hour reduced to four. At about 7-ish, with me very hot and bothered, receiving desperate looks from the head waitress because I was spread out across some of her dining area, myself and a colleague managed to get the banners hung.

Feedback on the night was surprisingly positive, although limited as barely anyone turned up...and everything was packed up at 9:30, so it took longer to set the display up than it was on show for. The bar staff were kind enough to take the banners off my hands at the end of the night, but that might be because the evening's compere told the assembled crowd that my work sold for great amounts of money (my work doesn't sell, let alone for a lot of money).

Having said that, I'm proud of what I managed to acheive with such limited resources -- total setup costs were £5 -- and know that if given the opportunity again, that I could replicate it. Apologies for the quality of the images, it was dark and I only had my phone on me. 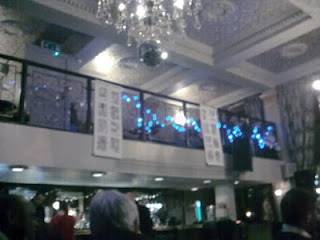 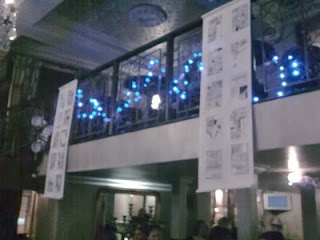 This Week In Hopkins Towers 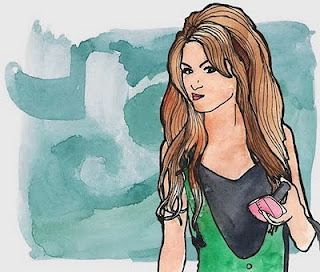 Cher Lloyd, from X Factor 2010, for Amelia's Magazine. [LINK]
I've been very, very lazy when it comes to updating this blog of late. As usual, that's because I've been very busy doing things elsewhere... For instance, in the past week I've had illustrations for three articles at the continually engaging Amelia's Magazine go up! And one of them is above, and the rest are below.

Also of particular not is that tomorrow (which will be Friday 16th December 2010) Amelia's Compendium Of Fashion Illustration is released! I'm really excited to see the finished product, as it looks like it'll be amazing. You should definitely go and buy a copy. Buy it NOW. Even if you have already... 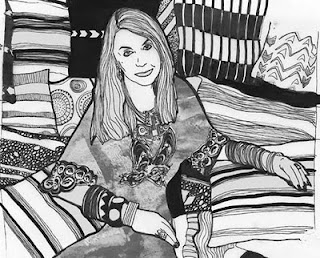 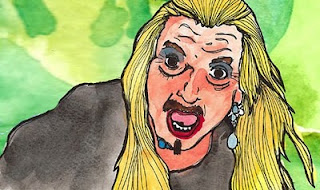 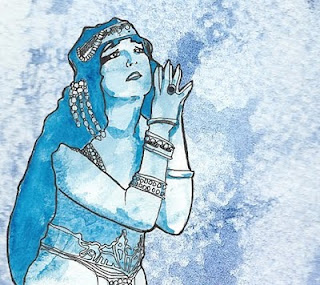 
Anybody not swayed to purchase Amelia's Compendium Of Fashion Illustration by my earlier blog should have their stoicism shaken slightly by these photos, posted by Amelia on Twitter, of the proofs that have come back from her printer (the photos feature the work of Natsuki Otani, Abigail Wright and Bex Glover). Already the quality of this book is obvious -- I'm so excited to have been included in the book I'd go so far as to describe myself as 'hyped', which is something I've never done before.

If you've not already, order a copy now and make use of the pre-order deal. 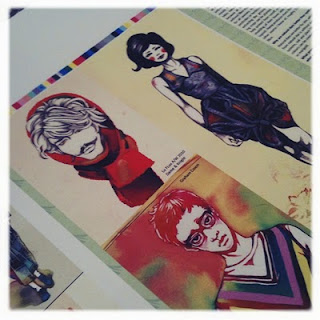 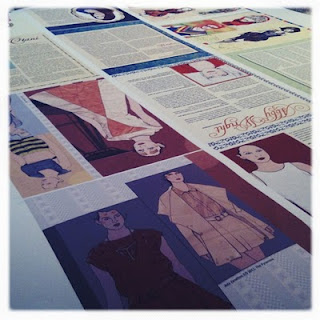 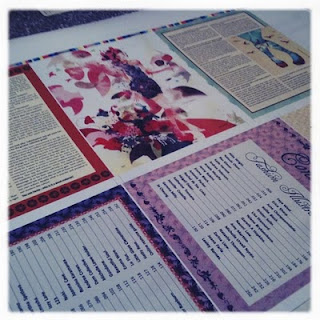