Update 22/11/2014: Just a quick note on top of what's gone before (which is below) -- a competition was run on the Window Trai on a bunch of categories, and I was extremely humbled to win 'Best Professional Artist'. I'm still a little blown away by that, as well as all the great feedback I've had on these pages. I'm in the process of arranging prints right now.

I've been extremely fortunate in securing a spot on the Window Trail associated with this year's Lakes International Comic Art Festival, in Kendal. The festival itself runs from 17-19th October but the trail starts on the 3rd. My work's on display in the window of Petrie Design. (as pictured above)

The idea of doing reinterpretations of the work of A Wainwright came from Jonathan at Petrie Designs during our introductory emails. I'll admit to not being very familiar with Wainwright until that point, but a quick search on the internet made it clear what a great idea it would be.

For any others reading this who're unfamiliar with Wainwright, he was a fell walker who took it upon himself to record the Lakeland fells in the 7-volume Pictorial Guide To The Lakeland fells. The guides are an incredible achievement -- the entire collection was done by hand in his notebooks and reproduced directly from them. I'd recommend visiting the Wainwright society's website for further information, as they've got it down far better than I'll be able to.

The pages I've presented for the Trail are re-interpretations of three pages from The Pictorial Guides (Bowfell 16, Blencartha 26 and Grasmoor 16). The pages themselves are laid out very much like pages from a comicbook, although I'm not sure Wainwright had that in mind when he did them. Each of his pages represented different facets and views of the fell he was describing, exquisitely rendered in ink. I've approached them as I've done with comic pages I've reinterpreted for The Intercorstal, as well as using lessons learned from working on the mummy I did for Secret 7 and the birds I did as giveaways recently, where you take the contour and movement of a shape and redefine it, and twisting it at the same time.

Scans of the pages are below -- if you are in Kendal for whatever reason, please take a look and let me know what you think. 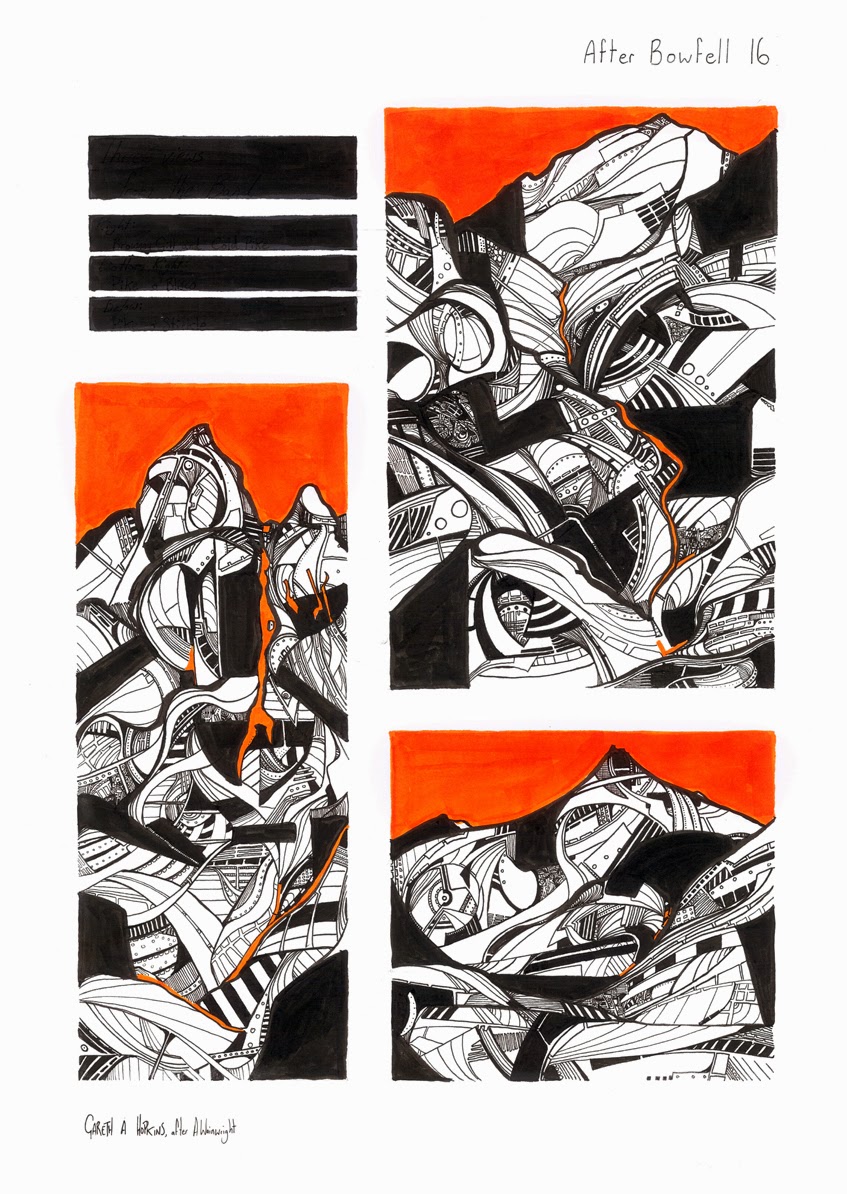 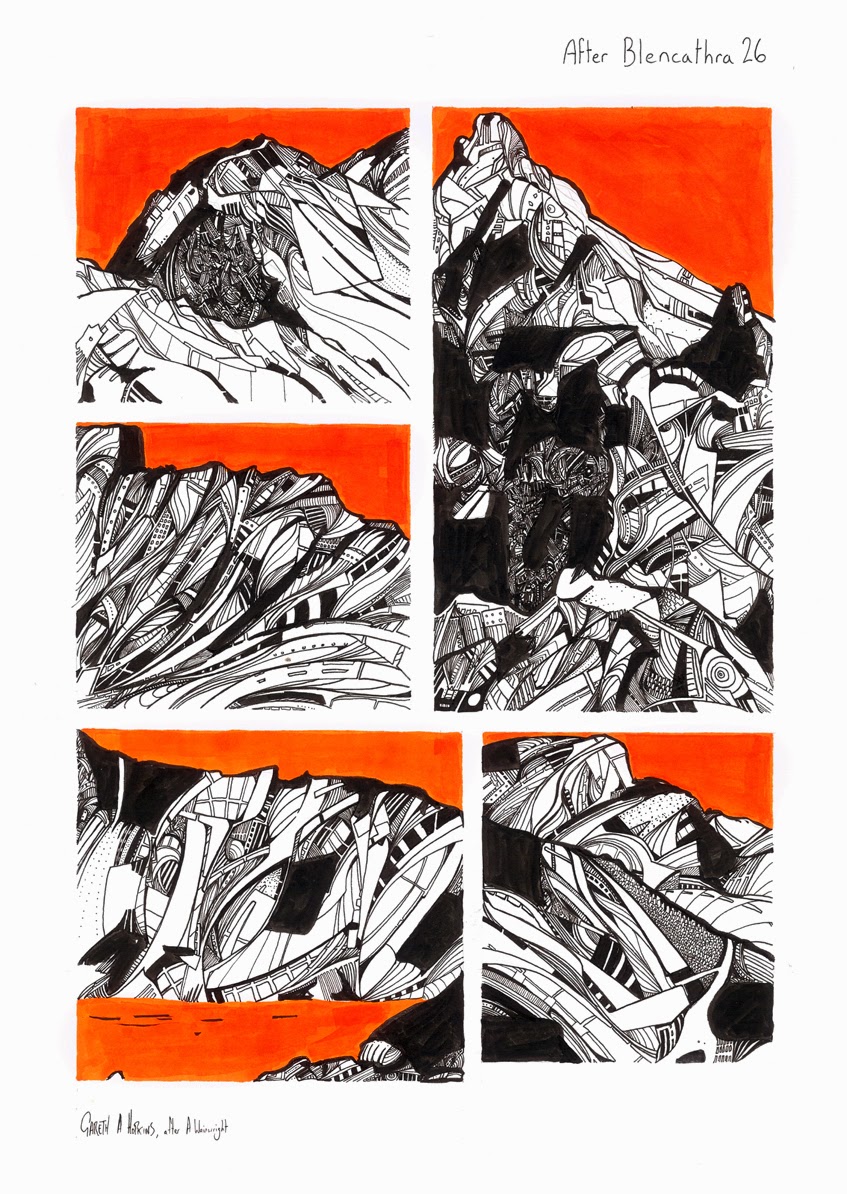 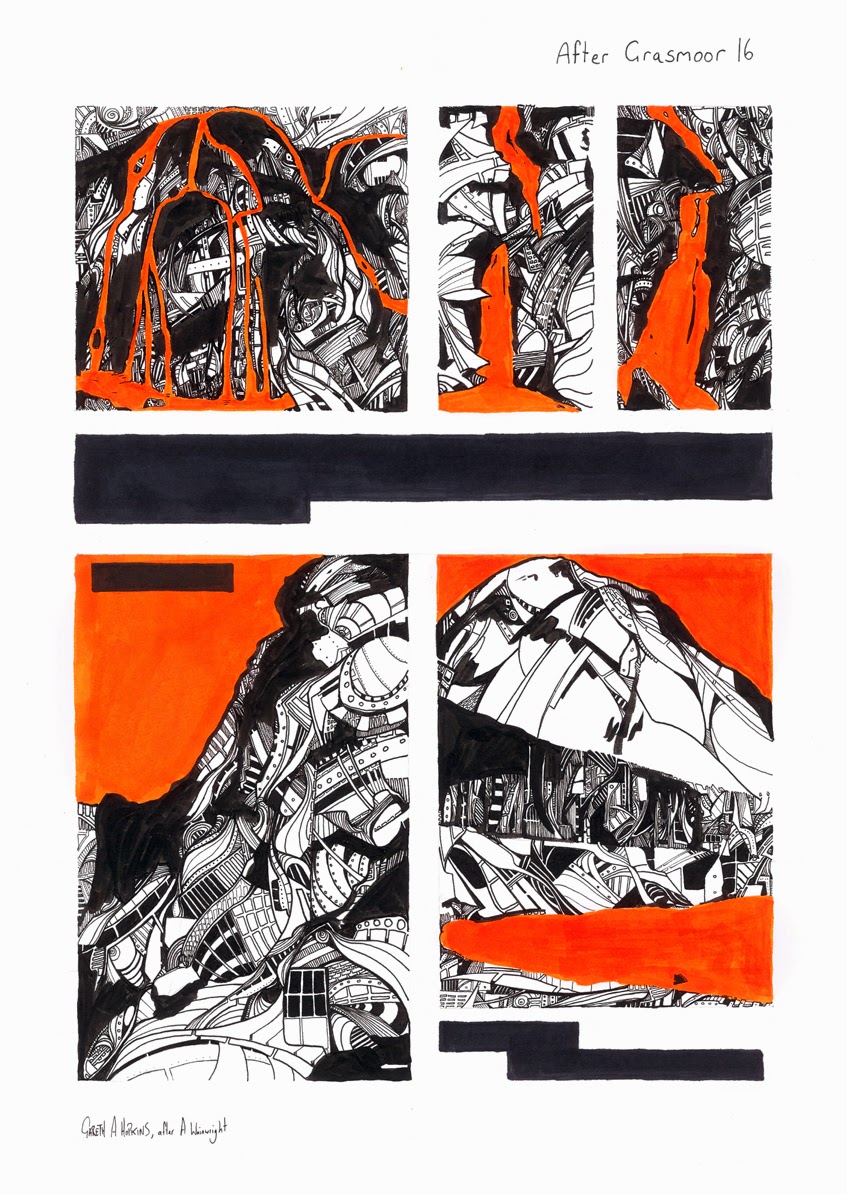