(I had a pic in) Digital Arts (in January)

Totally forgot to post this at the time, but back in January, Digital Arts included my illustration of Asger Juel Larsen Spring/Summer 2012 in an article about Creative Trends in 2012. They'd asked Amelia Gregory (editor of Amelia's Magazine) what she thought would be happening with Fashion Illustration in 2012, and she said:

“A feeling of restlessness is prevalent in illustrations which draw influence from the spectre of war and the darker end of literature. Look out for strange and hellish scenes,” 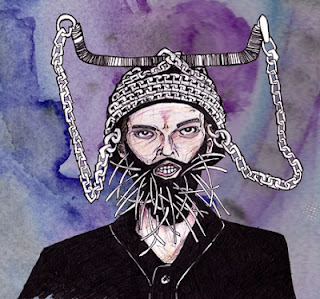 From that, they had a look at Amelia's Mag and pulled out my image (here's the orginal article with some stunning illustrations from Faye West and Gem Sheldrake, amongst others). I laughed out loud when I found out -- for a while I've been conciously trying to make my images LESS hellish and dark. But then I suppose I did go to town on this one -- I've said it before, but the background's made from a very rubbish painting I did of Gravity's Rainbow, for a start.

Still, awesome to have had work on Digital Art's website, and if the trend for 2012 is dark and haunted by the spectre of war, I'm sure I'm very happy to oblige.