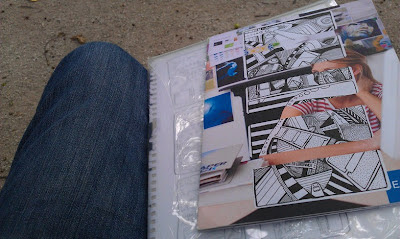 I've been away for a while. Mostly because my wife had our second child back in June and we've been adjusting to that since. Everything's lovely, just don't have as much time to focus on drawing as I'd like.

I'm getting back into the swing of things, though. Still no sign of Elipses, the collected Intercorstal edition that I've been talking about for at least a year now. But instead a brand new Intercorstal, called 'Demos'. It was called 'Epic' for a while, but I hated that. Still not sure about 'Demos', though, so that might change too. I mean, 'Witches' was called 'Sea Saw' for a while, right up until the cover was conceived, so there's an obvious benefit in not setting a title in stone until the last minute.

Anyway, when finished it'll be a 12 page comic (including the cover), based on a promotional booklet I got at an assessment conference from the company 'Epic' (see, that's where the original title came from). Once I've fiished it, I'll likely ask Art Roadie Anxietydecending to turn it into a PDF and then rather than send physical copies out I'll make it free-to-download.

Here's some photos I just took -- I've done a lot of this work sitting on the benches in Smithfields Park, and that's where these photos were taken (hence the daylight and gravel).
﻿﻿﻿ 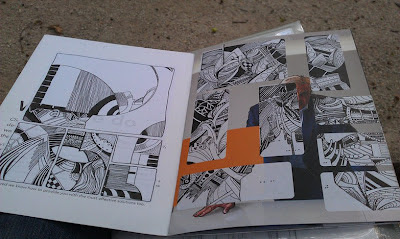 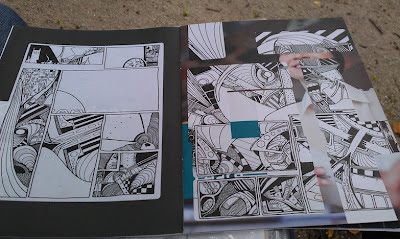 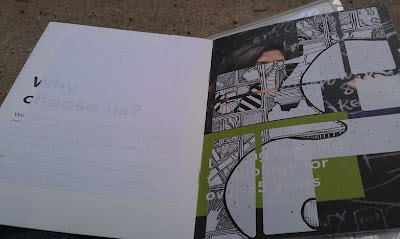 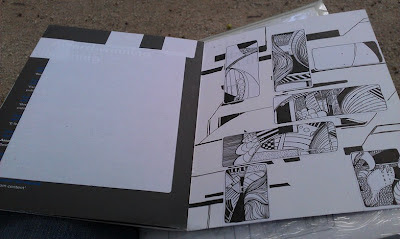 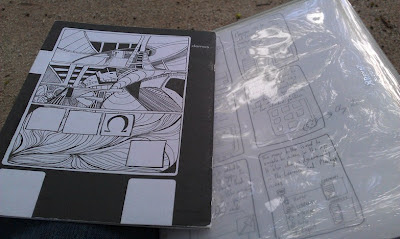