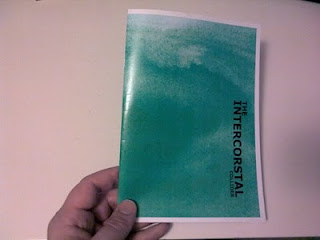 A little while ago I compiled the first 32 pages of The Intercorstal as a standalone comic and gave away copies. One of those went to an amazing artist in The Netherlands called Ibrahim Ineke at the Baracca gallery, who a few months later he emailed me inviting to contribute to an exhibition that he was helping arrange -- I'll post more about that as and when it happens.

But for the exhibition, I was asked to come up with a new comic, and after a little experimentation and playing with some ideas, I've created The Intercorstal: Collider. It's a slender little 12-page wonder, combining six previously unpublished pages of The Intercorstal with six brand-new, unique pages, which I'm not going to explain because it would ruin them.

The whole thing was skillfully and professionally packaged for print by the ever-amazing anxietydecending, who I genuinely can't thank enough.

And, as before, I'm giving away copies to anyone who wants one, and probably also to people who don't. So, if you want one, email me at gareth@grthink.com with a postal address and I will get one in the post to you! (If you received a copy of The Intercorstal, don't assume I've still got your address, as I'm wildly disorganised)

Here's a couple of photos of this work of wonder to whet your wappetite. 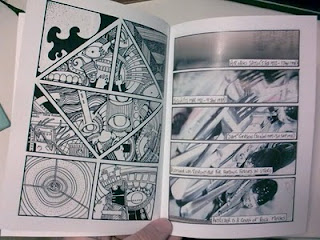 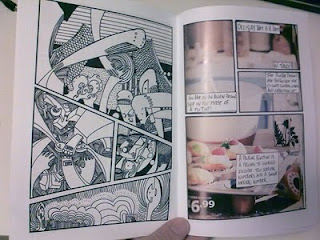