First Half of London Fashion Week 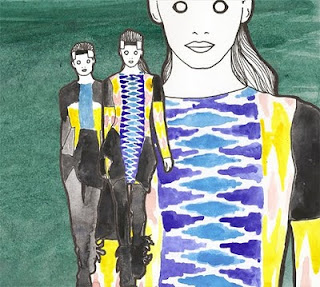 The writers at Amelia's Magazine have been going hell for leather over the past few days, writing up shows from London Fashion Week, and I've been lucky enough to have had the chance to illustrate a few of them. It's only since I've started illustrating for Amelia's that I've taken even the slightest bit of interest in Fashion Illustration, and I really didn't think my first efforts were up to much. But gradually I've grown in confidence, in no small part from the encouragement of the writers (in particular Amelia, Matt and Sally) and now I relish the chance.

I especially like illustrating for Amelia's because practically a pre-requisite is that I need to work in colour (except for one instance, featured in my last blog post), which is really liberating. Now, when given any piece of work to do, I always think about working in colour, and only go for B&W if it actually suits it, and not the other way around, which is how I used to work.

Because my approach to each set of illustrations is slightly different, I've started drawing eyes as simple circles to kind of 'trademark' my work -- despite what else is going on, if the model's got blank circle eyes, I did that picture.

Here's the illustrations I've done so far -- there's another set waiting to go up on the site, and I've got some more to work on tonight, and hopefully the night after, too) 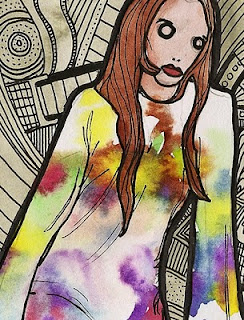 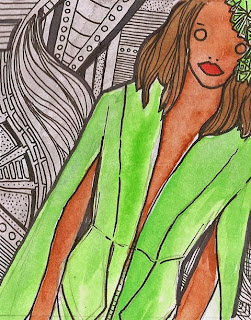 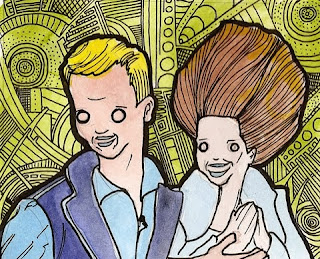 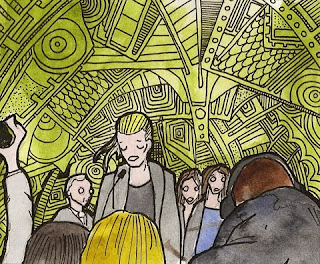 Presentation by Laura Bailey at Esthetica Brunch
Posted by grthink at 05:09